Can the Libertarian Party Survive?

(Editor’s Note: this article has been edited in response to counterpoints provided by Dr. Mary Ruwart.)
I personally have doubts that the LP can survive beyond 2020, if it’s not supported by something greater. This may shock people, especially since I have been a proponent and member of the Libertarian Party (LP) in some way shape or form since 1996. I believe in us, and I believe that we are the best way forward. We cannot keep going as we have been though, and have any chance at making that way forward a reality.

Generally, our growth issues have been several-fold:

Right now, the party itself is essentially a monolithic structure. It is “bottom-up” in organization, and our governing body is essentially taking direction from the body of delegates. They in turn answer to its affiliate organizations on the state and local level. This leads in part to the LP’s struggles in holding on to any share of the market of the voting public. In many ways, our message gets muddled and is alien to the voting public in a way that scares them. This, in turn, keeps us from growing among most of the voting share. We tend to talk about things from a strictly philosophical point of view, and harp on the wrong things to attract voters.

Why Messaging is Important for the Libertarian Party

As the Policy Director of Larry Sharpe’s campaign, and by the end of the campaign, a high-level strategist, I learned that talking about things people want and care about is important. Even more important (taking it one step further, as my mentor and friend Larry says), is how you message those things. The clear fact of the matter is that talking about our principles as absolute, does not help in convincing those who would likely agree with us, as long as we weren’t so Black and White.

(Editor’s note: this section of the article has been edited for accuracy in response to counterpoints provided by Dr. Ruwart.)

Take the example of Dr. Mary J. Ruwart, someone I love and respect immensely. We agree on many issues; she even talked about cutting the Gordian Knot of abortion discourse, a wedge issue. This is something many have issues doing in a way that appeals to others.

People of good conscience will always differ on this issue [abortion].  The only way to stop the debate is to make abortion obsolete. Because a libertarian society would be wealthier than today’s, it is best equipped to develop the technology for fetal transfer to a willing woman.  No physician will likely perform an abortion with this option available, so it will become obsolete. The right to life and a woman’s body will both be protected.

It should be noted that she was awarded the Thomas Paine Communication Award by the national Libertarian Party in 2004.

The Thomas Paine Communication Award is an award given to LP members who have been an outstanding communicator of Libertarian ideas, principles, and values through written, published, or spoken communications.

However, she made the mistake of going too far in her book, Short Answers to the Tough Questions (1998, SunStar Press, out of print). Quotes from the book were taken out of context, in a way that eliminated mass appeal in her 2008 presidential campaign.

Essentially, we Libertarians, as the underdog, must pick our battles carefully. While we should never stray from our principles, we should know our audience finds these things sometimes outright scary, never mind distasteful.

Had messaging been kept in mind, Dr. Ruwart would have been a great ambassador for our wider message:

Human Beings, at any age, are born with certain natural rights, that should be protected at all costs. The right to self-ownership, the right to self-defense and life, the right to have and hold property. Things that are clearly encoded in both of our country’s founding documents, The Declaration of Independence and The Constitution of the United States.

More recently, Arvin Vohra damaged the Libertarian brand. Among his published statements were comments about teachers, veterans, and other civil servants, which mainstream voters would find distasteful.

We don’t tend to speak out with a coherent message. Instead, we let our loudest members drive a damaging message. This segues very simply to my next point.

Professionalism vs. Activism: Getting Results

We have to project some level of professionalism to these concerns we want to bring to our side. Over the last 48 years, we wanted to have an effect on national politics beyond sitting on the sidelines. The fact is our policy ideas sooner or later have radical success. From the rights of people to associate with each other and advocacy for gay marriage (albeit from the aspect that government should not have the right to say who we can marry), to cannabis legalization/full decriminalization, we have brought forth ideas that ultimately had success in the public conscience. However, when we have messaged these things, we’ve done them from the aspect of activism, not professionalism. Libertarians are at our core, free spirits, and dreamers. The rest of the voting public does not always feel that this is what they want in their officeholders.

I would not go so far as to say that behind closed doors, most politicians are in any way professional. Back-room deals, corruption, dishonesty and all kinds of shady dealings happen. In fact, most Libertarians would not do these things. We would probably be more professional at the job of keeping the Government honest than most Republicans and Democrats. What we sell to the voting public is anything but that.

Gary Johnson was one of the best Governors that New Mexico ever had. He just did not play well on a National Stage. His tongue rolls and inability to context-switch in an interview (“What is Aleppo?”) are notable examples. His goofy acting like he had a heart attack while talking about Cannabis did not work for most people, either. Overall, what killed Gary Johnson was a lack of the appearance of professionalism, not his qualifications to do the job. In fact in every way, Governor Johnson was way more qualified and experienced at doing the job of a government executive than President Trump and Secretary Clinton combined. By all rights, he was the best candidate up there. However, that was not the image he portrayed. Resume is not all that matters.

Libertarians have to play the game of presenting a professional and competent image. This does not mean giving up our principles. This also does not mean we should change who we are. Who we are is a strength. We should augment this with a little bit of perception management. As a social-engineer in the computer security world, and as a political consultant, I understand the massive impact some perception management can have.

This brings up something else, a mixed message our monolithic party gives to our own people, and our own potential donors.

The Party of Fiscal Responsibility?

The last few years have been fiscally rough for our party, we preach economic principles like fiscal responsibility, however, we have not shown much competence in this area. We are, essentially doing the non-profit (meaning 501c, which is charitable, and 527, which is political) equivalent to living paycheck to paycheck. There has been no planning for the self-sustainability of our Party. This has led to us running in a deficit budget ourselves. LNC meetings now include discussions about potentially cutting staff, to make way for the central function of our Party. The Convention.

If we’re so fiscally responsible, we shouldn’t even have to have these discussions. One of the biggest things I have heard from donors while working on other projects is that they want to see results. They want examples of how the Party handles its money responsibly. It wants to see plans, and action, and not just talk. Ballot access is a given, but there’s no real plan to grow our base, and given the above issues, it’s unlikely to have any effect that is impactful anyway. Why throw away money?

The LNC and especially our Chairman, Nick Sarwark, would have you believe there is no money out there, and that the limited supply should be put into the Party itself, yet 48 years have gone by and we have had limited impact, except on a policy angle, and that is always playing the long game until we can get those ideas in a larger public consciousness.

If a plan was presented to get the blood flowing through our party, push ideas that may resonate with the public, present a professional image, and plan for more self-sustainability? Money might be easier to come by. You can’t preach fiscal responsibility and show absolutely no propensity to actually put those principles into effect on a national scale.

Given that the party is cash-strapped, and it can barely afford many of these functions, it may be better to distribute this load across multiple organizations. One of the main issues I have dealt with during my 23-year long IT career, was resource management.

The efforts have to be put in keeping the blood flowing around the party to keep the central piece alive. A SuperPAC can take on the issue of reforming and reconstituting a message that resonates. Caucuses could become more than just informal gatherings, but have structures, budgets and money to put people that make sense on the LNC, We can develop real professional campaign management resources, Take it further, these professionals can potentially help others get their organizations started.

With this infrastructure supporting the party – SuperPACs, PACs, 501c3/4/7’s – people pushing issues in a professional manner, lobbying for Liberty issues, will ultimately come back and help sustain the LP. And when the party gets itself out from its deficit and has some extra money, investments that provide a return in order to create a self-sustainable operating budget should be a high priority. Funds, Endowments, while taxable income for candidates, PACs, and parties, are allowed, and should be considered, including volatile investments, such as crypto-currency.

Do these things, and watch donors start to feel comfortable giving to us again.

I know this seems like a lot of work, and a huge mountain to climb. People said ballot access in NY was an impossibility, yet Larry Sharpe did it, and doubled the number, with almost 3000% gains in some places of New York. Libertarians are smart, but we need action, and leadership that understands the scope of our issues. The highly successful Sharpe campaign, and the winning Jeff Hewitt campaign in Riverside County, CA, both showed that with professionalism and organization, results are achievable.

If we can do those things, I have no doubt that the Libertarian Party can not only survive, it can thrive, and grow to actually have real, immediate impact on National Politics. 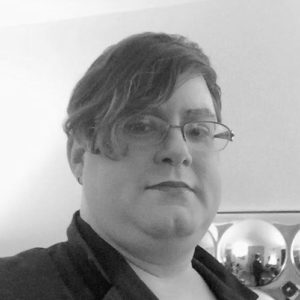 Siobhán is the Managing Partner of Obelisk Gold Strategies, a political consulting firm, and is a policy and opposition research expert. She utilizes her 23 years of experience with lobbying, communications, activism and data analysis to manage a national team of political consultants. Siobhán served as the Policy Director and Strategy Advisor on Larry Sharpe's game-changing campaign in NY, and was an information security consultant, and software engineer.

We Didn’t Start the Fire Parody: We Just Want to be Happy, Millennium Edition

Greenland Colonization and Crisis: A Conversation with Aka Niviâna

Peace In Northern Syria, Civil War, The Kurds, and Russia